Eilish, 18, is also the first woman and the youngest act ever to achieve the feat, according to The Sun.

Billie Eilish has plenty to smile about as the first woman in history to have a No. 1 James Bond theme song. Picture: Matrix PicturesSource:Matrix

It had 10.6 million streams, the Official Charts Company has revealed. 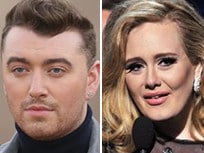 Sam Smith (L) also had a No. 1 with his Bond theme song, while Adele also had a hit. But Billie Eilish has outdone them both. Picture: SuppliedSource:Supplied

Sam Smith broke the “curse” of the Bond theme, which had previously seen many of the world’s biggest artists record the title song for the film franchise but always fail to top the music charts.

It comes in the same week that Eilish topped one billion streams across all her tracks in the UK, joining acts including Ariana Grande, Ed Sheeran and Justin Bieber.

In the album charts, Justin Bieber scored his second No. 1 with Changes, ahead of Lewis Capaldi. 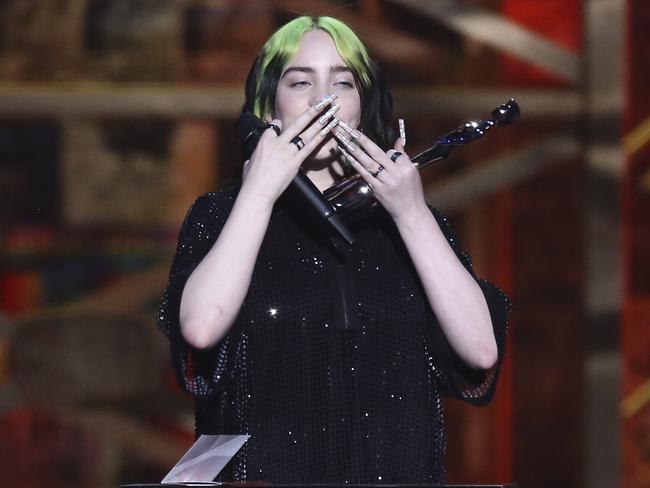 Billie Eilish has won a slew of awards for her debut album. Picture: Joel C Ryan/Invision/APSource:AP

The teen superstar returned to the No. 1 spot on the Australian charts thanks to her slew of Grammy Award wins last month for her blockbuster debut album When We Fall Asleep, Where Do We Go.

The Bond theme song is slow and brooding, a tune that Eilish wrote with her brother and co-writer, Finneas O’Connell, as well as with the collaboration of Hans Zimmer and Johnny Marr. 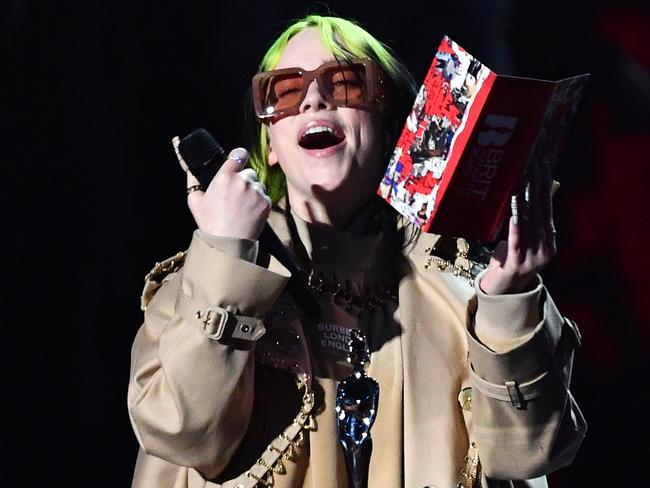 No Time To Die, which will be Daniel Craig’s final film as James Bond, is released in Australian cinemas on April 8.

This story first appeared in The Sun and is republished with permission.